The day began with a bang. Well…technically a pop. Or at least it was supposed to be a pop.

It was the end of January, and even though for a lot of people that time of year is a dark and dreary one, it’s one of my favorite months because in my world, the school play that I direct each year is just about to begin. Don’t get me wrong, auditions were only a few days away, and at any given moment I had 10,000 things on my mind, but I was feeling excited…if not just a little more exhausted than usual. It was 5:30 in the morning and I’d only managed to get maybe three total hours of sleep the night before because my son, who had a bad cold, had been up most of the evening. When I checked my email that morning and saw a message from my principal inquiring whether or not I could attend a previously unscheduled meeting that day after school, I should have known better than to respond. 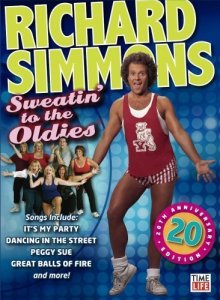 I should have had my first cup of coffee.

I should have put my contacts in.

I should have had my second cup of coffee.

I should have dug out my Richard Simmons exercise videos and done some sweating to the oldies.

What I most definitely should not have done is responded to that email after having been out of bed for less than five minutes.

The intention behind my early morning email response was to let my principal know that, even though I already had another meeting scheduled that day after school, and even though I had to be at my son’s daycare by 3:30 to pick him up, I’d still plan to do my very best to get to his meeting.

Choosing to read (and ultimately respond to) an email at the crack of dawn while exhausted and wearing my glasses with an out of date prescription was truly the most terrible idea I’ve ever had.

Being the consummate professional that I am, I did a fairly good job summarizing my scheduling conflict, but in the last line of the email, I classily summed up my intentions with a parting line that stated, “No worries, I’ll swing by the other meeting and then poop for as long as I can.”

No. There’s no need to rub your eyes to make sure you read that last line correctly. In fact, let me go ahead and repeat it for you. I ended an email…to my principal…by elegantly stating,”No worries, I’ll swing by the other meeting and then POOP FOR AS LONG AS I CAN.”

I didn’t discover my error until my principal himself, who (thank Mary and all the saints) had a tremendous sense of humor, showed up at my door during homeroom that morning doubled over, shoulders shaking and buckled at the knees, while at the same time doing his very best to catch his breath and point to his laptop. Not knowing exactly why he was laughing so hard, I looked at his screen, began reading, and feeling more than just a little flushed, immediately prayed like heck to be swallowed up and buried alive.

When that didn’t happen, I geared up to make my apology in as dignified a manner as possible. In an attempt to mask my mortification, however, my first instinct was to go on the defensive and ask him if he was trying to tell me that I’d given him a really stinky response.

But then I remembered that I wasn’t a ten year old boy.

For my second attempt at an apology (apology number 2, if you get my drift) I thought about taking the easy way out and simply saying,”My bad,” but in the end, that also seemed a little asinine.

Finally, I decided to take another crack at it by trying (God help me, I tried) to provide a straightforward (not to mention straight faced) apology. After taking his laptop and reading the message again, I somewhat ferociously tried to explain that my intended message was supposed to be, “No worries, I’ll swing by the other meeting and then POP IN for as long as I can.” But then, in desperation (for the laughter had not ceased), I looked at him and started rambling incoherently about the fact that I most certainly knew that pooping and popping are, in fact, two very different things (clearly all attempts at remaining dignified had gone down the drain). However, seeing as that statement only made the corners of his mouth quiver even more tumultuously, at long last I lost my battle with refinement and sophistication and joined in the merriment with a very unladylike cackle. I mean, let’s be honest, at that point, the last thing on Earth I wanted was to be accused of being a party pooper. And hey, if you can’t laugh at yourself at a moment like that, then by God, when can you?

Now that this whole thing is behind me, I will forever be thankful for the way my principal handled that really crappy experience. Needless to say, it was a real load off my mind to know that he wasn’t upset. In fact, it was pretty much just business as usual for the rest of the day. Had it not been for that, I certainly would have spent the rest of my day down in the dumps. I mean seriously, what a relief.

What’s the lesson here? Bad things happen when you’re pooped. They just do.